In some time ago, Madura in Europe known as the type cars  made Germany. But, actually Madura is the beautiful Island in East Java – Indonesia. According 900-1500 Around history, this island was under the influence of the Hindu kingdom of power as Kediri East Java, Singhasari, and Majapahit. Between 1500 and 1624, the rulers of Madura to some extent dependent on the Islamic kingdoms in the north coast of Java, like Demak, Gresik, and Surabaya. In the year 1624, Madura conquered by Mataram. After that, in the first half of the eighteenth century Madura under Dutch colonial rule (from 1882), first by the VOC, then by the Dutch East Indies government. At the time the division of the province in the 1920’s.

Madura is divided into 4 District: Bangkalan, Sampang, Pamekasan and Sumenep. Bangkalan located at the western end of Madura has been industialized since 1980s. This area easy accessible from Surabaya, The second largest city in Indonesia. And as an industrial location and the nessecary services close to Surabaya. Suramadu bridge which had been operating since June 10, 2009, is excepted to increase the interaction region with regional economy region. 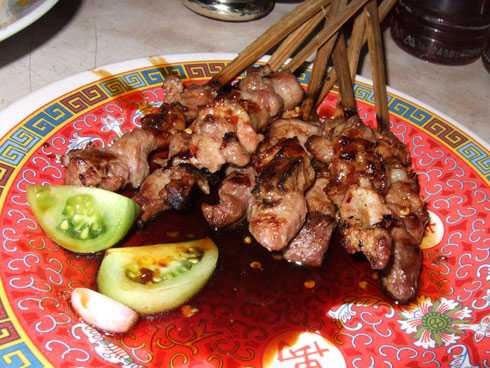 Madura has a very unique culture that is Bull Racing. Besides covering 5.200 km2 island (smaller than island of Bali) that has a special food called Sate (Satay) –cooked meat on skewers –